“Bringing USSPACECOM to the Sunshine State is a logical choice and has many advantages,” said Burgess.  “With so many of our state’s service members and veterans engaged in the aerospace industry, the opportunities resulting from having this combatant command in Florida are immense.” 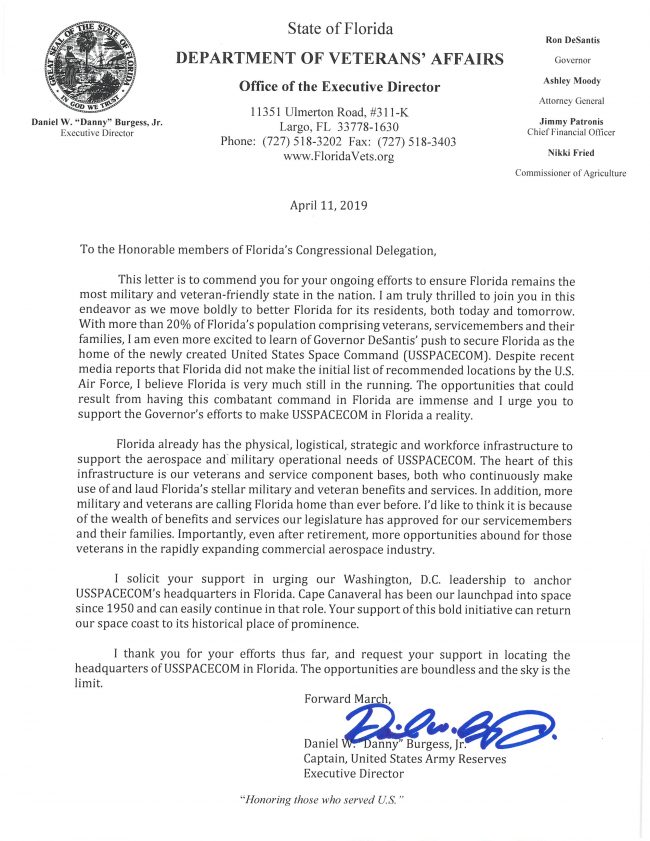