TALLAHASSEE – Nov. 11, 2018 marks the 100th anniversary of the Armistice which brought an end to the First World War.

Floridians in all branches of service were sent overseas to fight in the war as part of the American Expeditionary Force. A total of 42,030 Floridians served in the war, which the United States entered in April 1917. More than 116,000 Americans were killed in the war, including 1,134 Floridians. 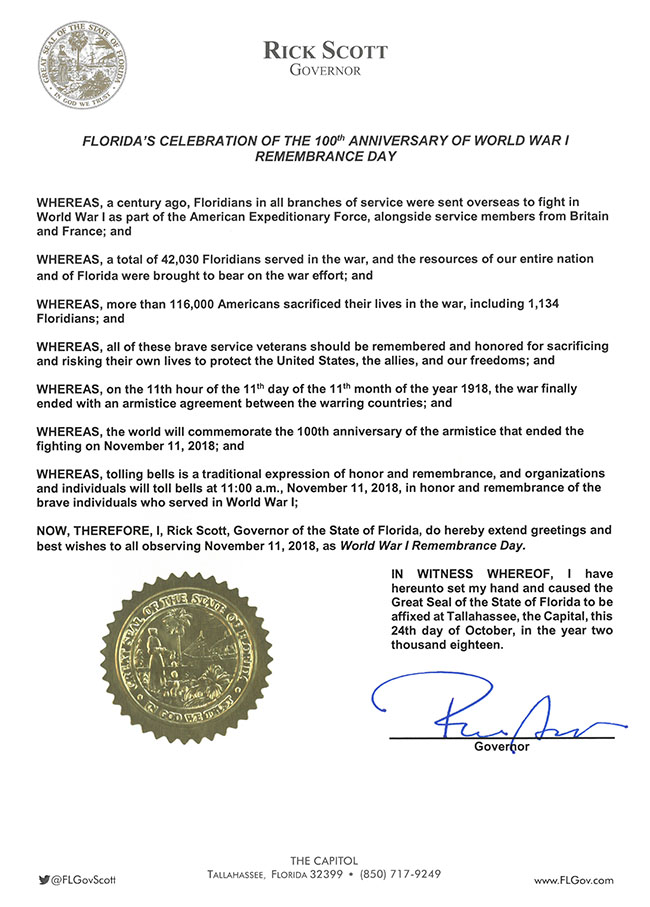