TALLAHASSEE – Gov. Rick Scott has signed the annual Battle of the Bulge Day Proclamation, commemorating the 72nd anniversary of one of the most important battles of World War II.  The last major German offensive on the Western Front began on Dec. 16, 1944 and lasted until Jan. 25, 1945, resulting in an Allied victory.  More than 19,000 Americans were killed in the battle.  Germany surrendered four months later.   View the proclamation here. 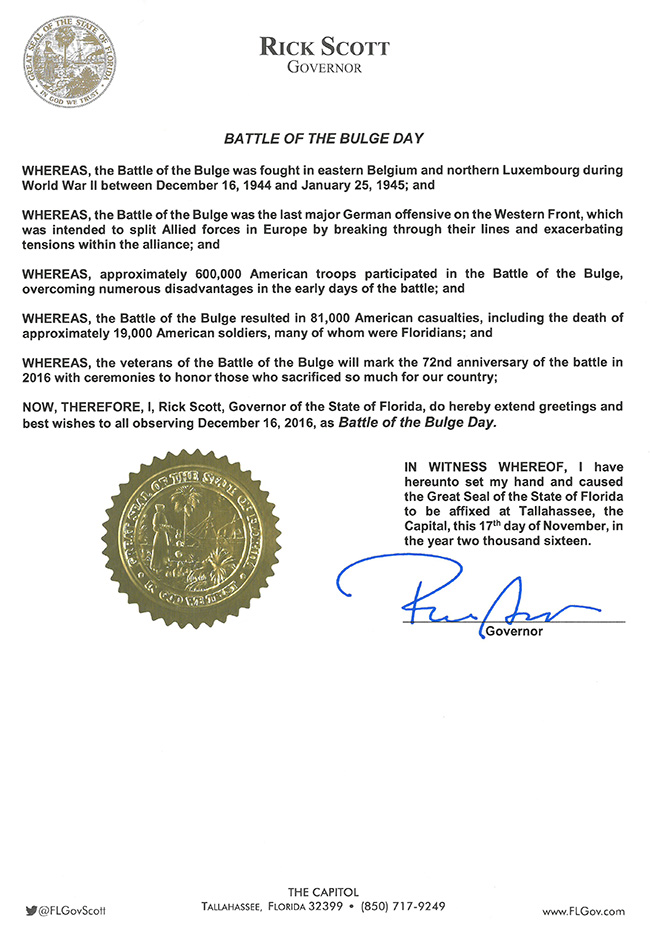