TALLAHASSEE, Fla. — Florida veterans may be missing out on millions of dollars in benefits to which they are entitled, so the Florida Department of Veterans’ Affairs has launched a statewide multimedia campaign to connect them with federal and state benefits and services they have earned. 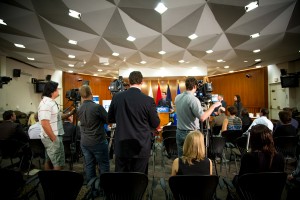 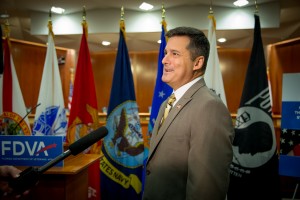 Florida’s 1.6 million veterans range from the nation’s largest population of World War II vets to those returning veterans from Iraq and Afghanistan.  Just as the state’s veteran population spans the generations, so does the outreach campaign – utilizing everything from traditional newspaper ads and displays to a new website and smart phone app.

“Some of Florida’s veterans fought for our freedom in the days before television while others never knew a time without personal computers, yet they all share the admiration of a grateful nation,” said Mike Prendergast, executive director of the Florida Department of Veterans’ Affairs.  “If they aren’t receiving the benefits and services they rightfully earned, we must use every approach available to reach them and set things right.”

Florida’s veteran population is the third largest in the nation, and its Department of Veterans’ Affairs plays a critical role in advocating for veterans and connecting them to federal and state benefits and services they have earned.  Currently, Florida veterans draw down more than $13.7 billion a year in federal compensation, education and pension benefits, U.S. Department of Veterans Affairs medical services and military retired pay, but agency leaders say veterans are leaving millions more on the table.

For example, of Florida’s 1.6 million veterans, only 260,000 are receiving service-related compensation or pension from the U.S. Department of Veterans Affairs.

In addition, many of Florida’s 449,000 Vietnam veterans may be unaware they could be entitled to a monthly payment for a service-connected disability if they suffer from one of several diseases associated with exposure to herbicides such as Agent Orange — diseases ranging from Ischemic Heart Disease and Hodgkin’s Disease to Type 2 diabetes to prostate cancer.  Currently, only one third of Vietnam veterans nationally are enrolled in VA health care or have applied for benefits they earned as a result of military service.

“We strongly encourage our eligible Vietnam veterans to enroll in health care and apply for service-related disability payments,” said Prendergast.  “We want our veterans to be identified, treated and compensated for any effects they may be having as a result of exposure.” 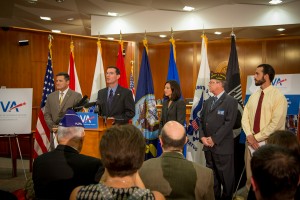 The new, easier-to-navigate website will act as a portal to help veterans find the information that they need to access benefits and services more efficiently and effectively. All of the English and Spanish public service announcements and radio spots will raise awareness about the Florida Department of Veterans’ Affairs and its services, while also directing veterans to the website.  In addition, the mobile application, offered in the Android and Apple markets, will not only integrate with the website and offer veterans reminders and updates about services through push notifications, but also lead veterans to Employ Florida Vets, the state’s veteran employment website, to help them find jobs.