TALLAHASSEE – Gov. Ron DeSantis is honoring Florida’s Korean War veterans today with the signing of the annual Korean War Remembrance Day Proclamation. June 25, 2020 is the 70th anniversary of the beginning of the Korean War. More than 34,000 Americans were killed in action during the war, with approximately 103,000 wounded and more than 7,800 missing. There are 157 Floridians still unaccounted for as a result of fighting on the Korean peninsula. More than 118,000 Korean War veterans currently reside in Florida. 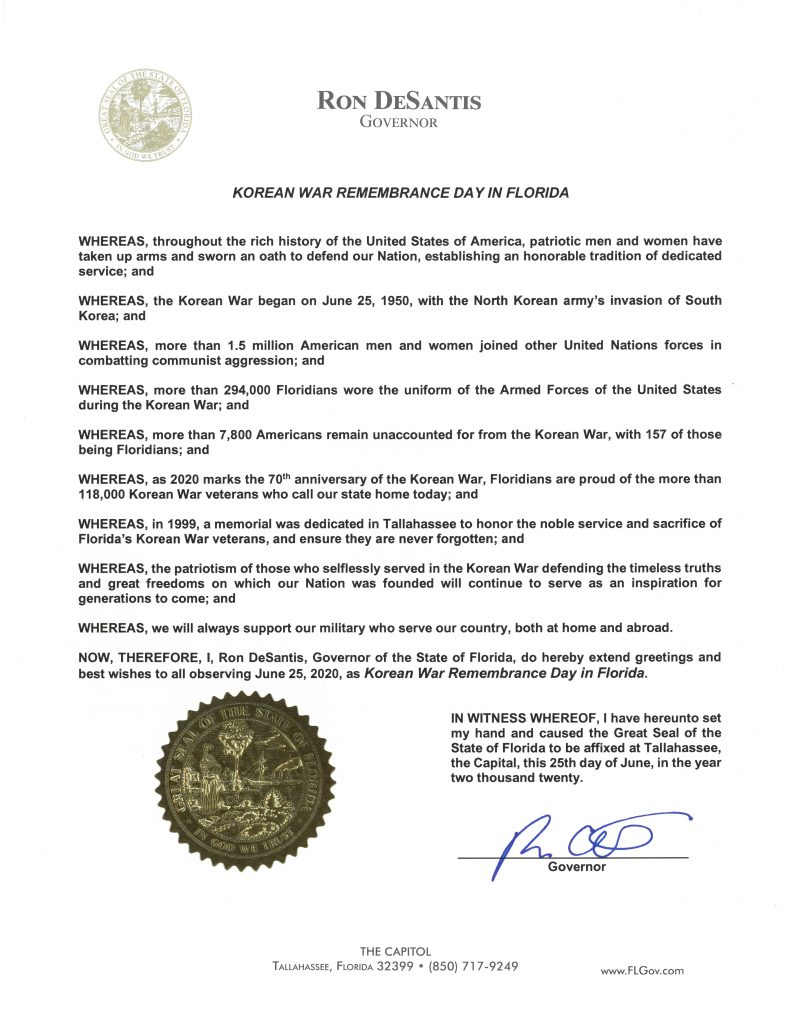