TALLAHASSEE – It was Aug. 7, 1782. The Revolutionary War was still nearly two years from ending and General George Washington wanted a way to recognize the outstanding soldiers who were fighting to achieve our nation’s independence.

His solution was the Badge of Military Merit, which he wrote would be used to, “cherish virtuous ambition in his soldiers, as well as to foster and encourage every species of Military merit.”

Now it is Aug. 7, 2016, and more than 1.7 million soldiers who fought to preserve the freedoms and way of life first won by Washington’s men, have received the honor. Today it is called the Purple Heart and is one of the most recognizable distinctions of valor and sacrifice bestowed upon our fighting men and women.

In recognition and honor of Florida’s Purple Heart recipients and the families of fallen recipients, Gov. Rick Scott has signed the 2016 Purple Heart Day Resolution. Let us never overlook their courage and dedication to protecting our country. 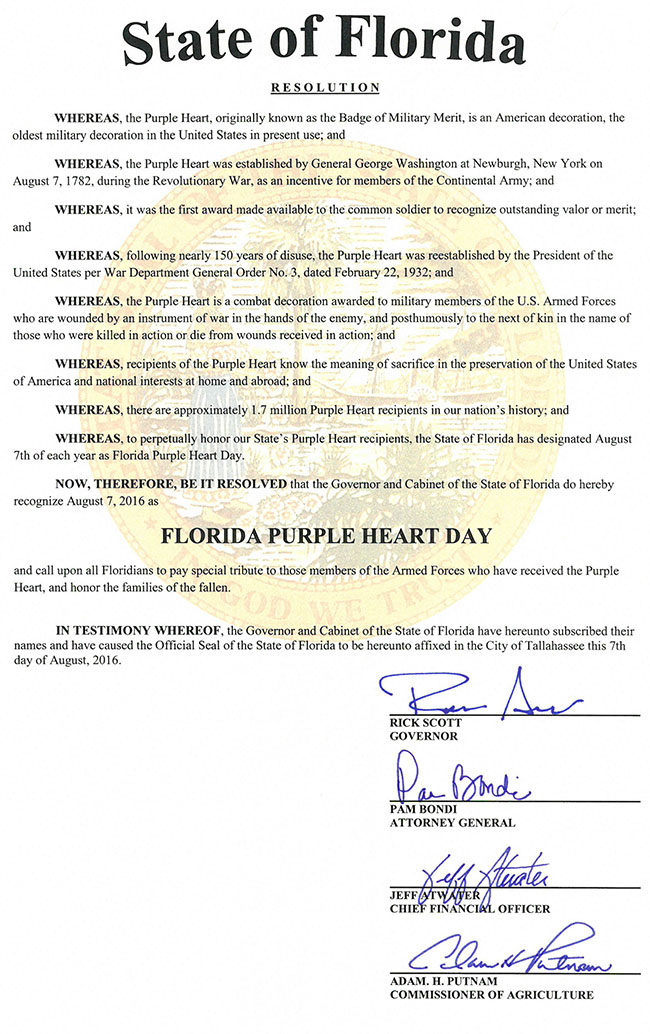