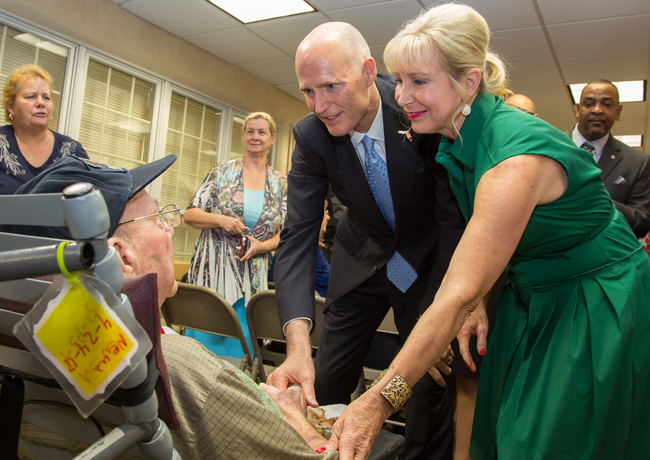 Governor Scott said, “Our veterans are fearless heroes that have made countless sacrifices for Florida families and it is important that we take the time to frequently honor and thank them for their courage and their service.  We will forever be indebted to our veterans for their service, and this medal will serve as a testament of our thanks from Floridians everywhere.”

Sgt. 1st Class Angel Torres-Mendez served in the U.S. Army from 1947-1974.  During that time, he volunteered for Special Forces and completed his training at Fort Bragg, N.C.  He was a Green Beret in Vietnam for three years and completed a total of 18 missions.  He received numerous medals including the Combat Infantryman’s Badge, National Defense Service Medal, Parachute Badge, Vietnam Service Medal, Vietnam Campaign Medal, and four Good Conduct Medals.  Today, Sergeant Torres-Mendez often volunteers at local schools and veterans’ events.