TALLAHASSEE – Gov. Rick Scott announced the selection of U.S. Navy veteran Kathleen “Scotty” Robertson Culp to the Florida Women’s Hall of Fame, Aug. 25.  Governor Scott chose Culp, along with Mary Lou Baker and Katherine Fernandez Rundle, from a group of ten nominees selected by the Florida Commission on the Status of Women.  The three selectees were considered for their work to make significant improvements in life for women and all citizens of Florida.

Culp, who passed away at the age of 91 in 2013, was one of the first women to enlist in the U.S. Navy after the bombing of Pearl Harbor. Culp made military history when she was approved to parachute jump along with her male counterparts and became the first woman in the armed forces to make a premeditated free-fall parachute jump in 1944.  Following her time in the Navy, Culp moved to Satellite Beach with her husband and children where she worked as a freelance journalist and dedicated her time to public service as a volunteer and mentor.  At the age of 75, Culp helped carry the Olympic Torch down A1A in Satellite Beach and was named Brevard County Woman of the Year in 2009. 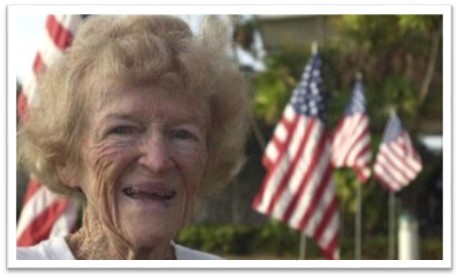