TALLAHASSEE — Gov. Rick Scott has signed the annual Battle of the Bulge Day in Florida Proclamation. Dec. 16, 2017 marks the 73rd anniversary of the last major German offensive on the western front during World War II. The battle, which lasted until Jan. 25, 1945, resulted in an Allied victory and subsequent German surrender in May 1945. More than 600,000 American troops participated in the winter battle, which included more than 19,000 American soldiers who lost their lives.

West Palm Beach will host one of the nation’s largest reunions of Battle of the Bulge veterans on Dec. 17, led by U.S. Army veteran George Fisher. 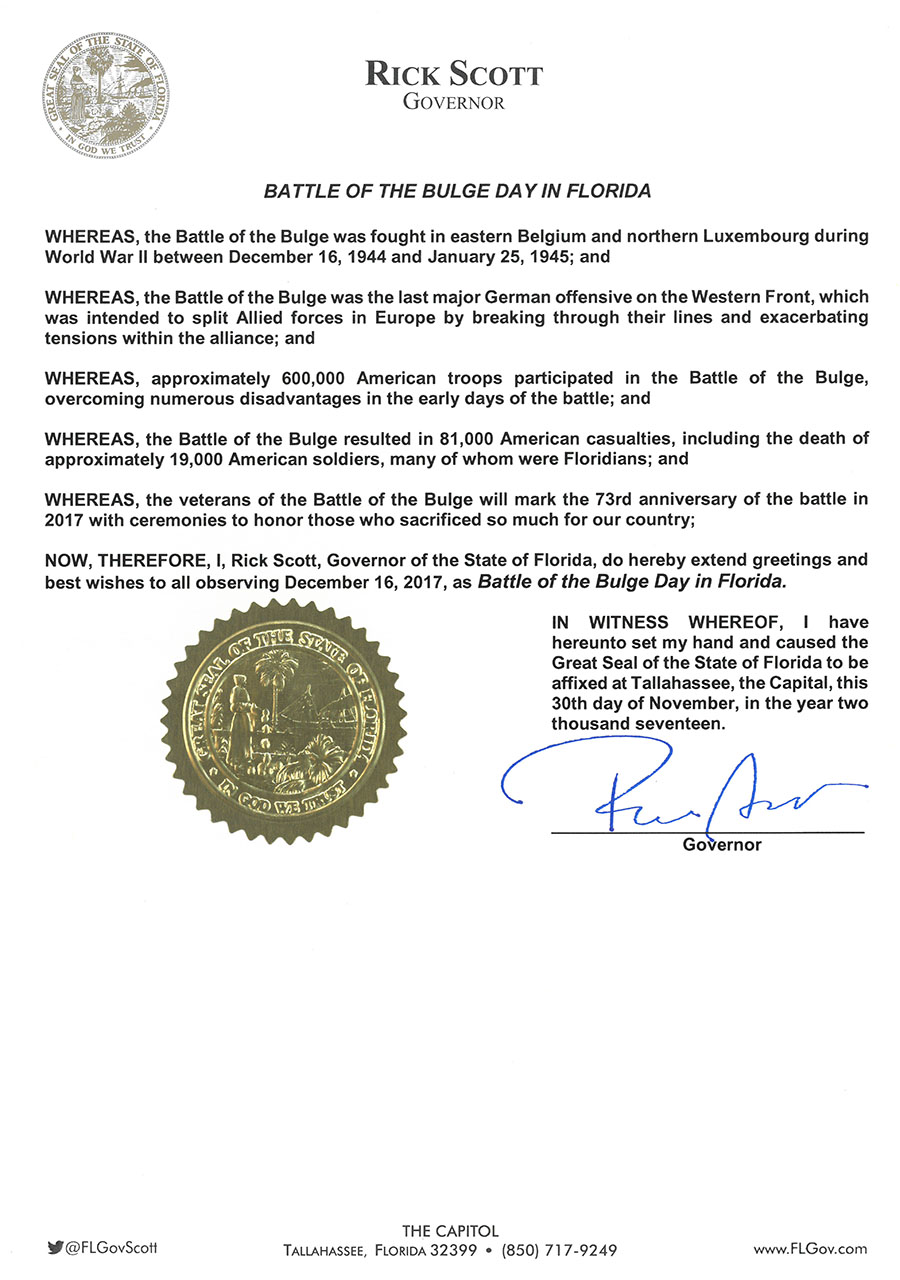