Tallahassee, Fla. – Governor Rick Scott honored the family of Medal of Honor recipient Staff Sergeant Robert James Miller on Dec. 11 with a plaque to be placed on the Capitol’s “Medal of Honor” wall, along with the Florida flag that was flown over the Florida State Capitol earlier that morning.  Sergeant Miller sacrificed his life supporting Operation Enduring Freedom and was awarded the Medal of Honor on January 25, 2008.

“Staff Sergeant Miller was described as the epitome of what being a Special Forces soldier should be,” said Governor Scott. “He demonstrated tremendous courage and commitment to country, and we are forever grateful for his service.”

Staff Sergeant Miller deployed to Afghanistan to support Operation Enduring Freedom from August 2006 – March 2007.  He returned to Afghanistan for his second tour in October 2007, where he saved the lives of seven members of his own team and 15 Afghanistan National Army soldiers. 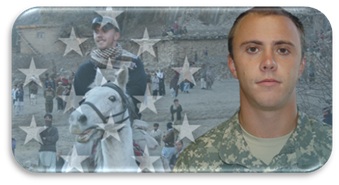