TALLAHASSEE — Gov. Rick Scott and the Florida Cabinet issued a resolution today recognizing Nov. 11, 2017 as Veterans Day. The resolution was presented during the Nov. 7 Cabinet Meeting at the Capitol.

“I am proud to issue this resolution recognizing Veterans Day as we honor those who have served our great nation,” said Governor Scott. “Florida is committed to being the most military and veteran friendly state in the nation. As a veteran myself, I think it is so important to thank our courageous veterans for their service defending our country’s freedom.”

Approximately 100 veterans were in the audience to accept the resolution on behalf of the state’s more than 1.5 million veterans.

“On this Veterans Day, we ask you to pause, reflect and thank our state’s more than 1.5 million veterans who have defended the principles upon which our country was founded,” said retired Army Lt. Col. Glenn Sutphin, executive director of the Florida Department of Veterans’ Affairs. “From our network of award-winning state veterans’ homes to connecting veterans to their earned benefits and services, Florida is the most veteran-friendly state in the nation.” 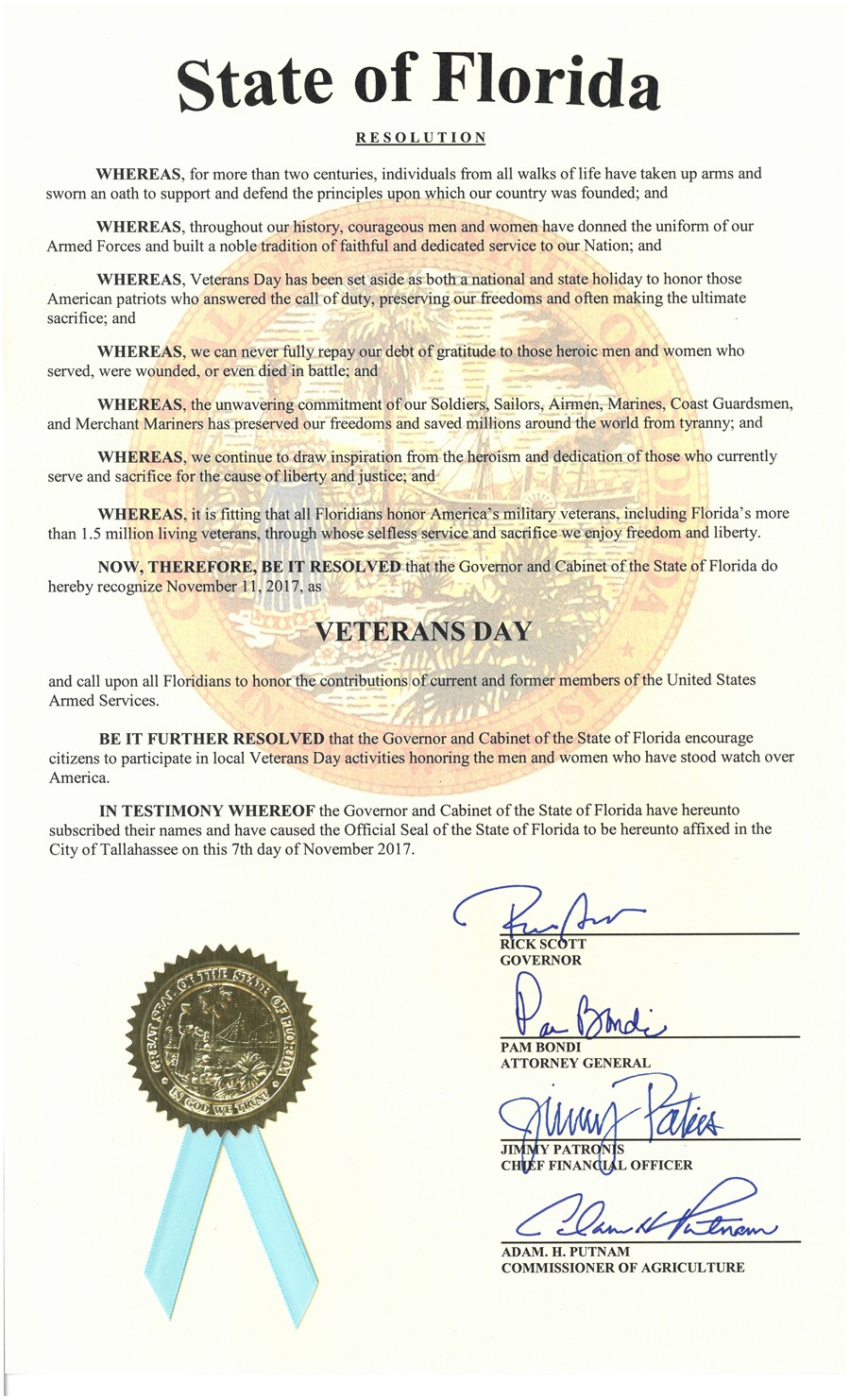