Governor Scott and the Cabinet voted unanimously to induct the 20 members of the Class of 2017 into the Hall of Fame during the Oct. 17, 2017 Cabinet Meeting at the Capitol.

“This year’s inductees join a distinguished heritage of patriotic Floridians whose work values and ethics have made a positive impact on the lives of others,” said Glenn Sutphin, executive director of the Florida Department of Veterans’ Affairs. “Their names will be proudly added to the Florida Veterans’ Hall of Fame Wall in the Florida Capitol.” 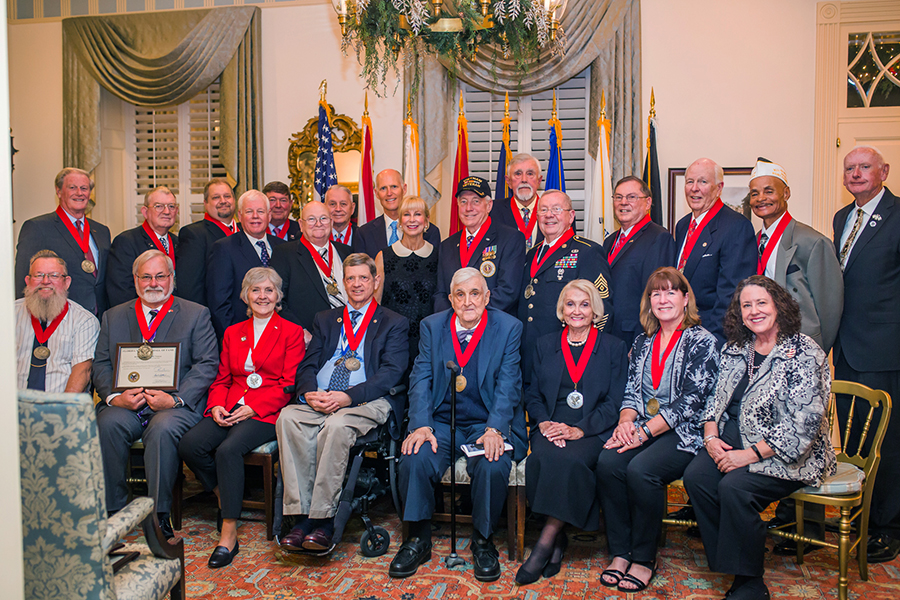