TALLAHASSEE – Gov. Ron DeSantis has signed a proclamation commemorating the 75th Anniversary of the D-Day landings. June 6, 2019 marks the anniversary of the landings and the Battle of Normandy, as well as the beginning of the end of World War II in Europe. An estimated 156,000 American, British and Canadian forces landed on five beaches along a 50-mile stretch of heavily fortified coast of France’s Normandy region, resulting in one of the largest amphibious military assaults in history. More than 400,000 Americans gave their lives in the service of their country during World War II with 6,600 casualties on D-Day. 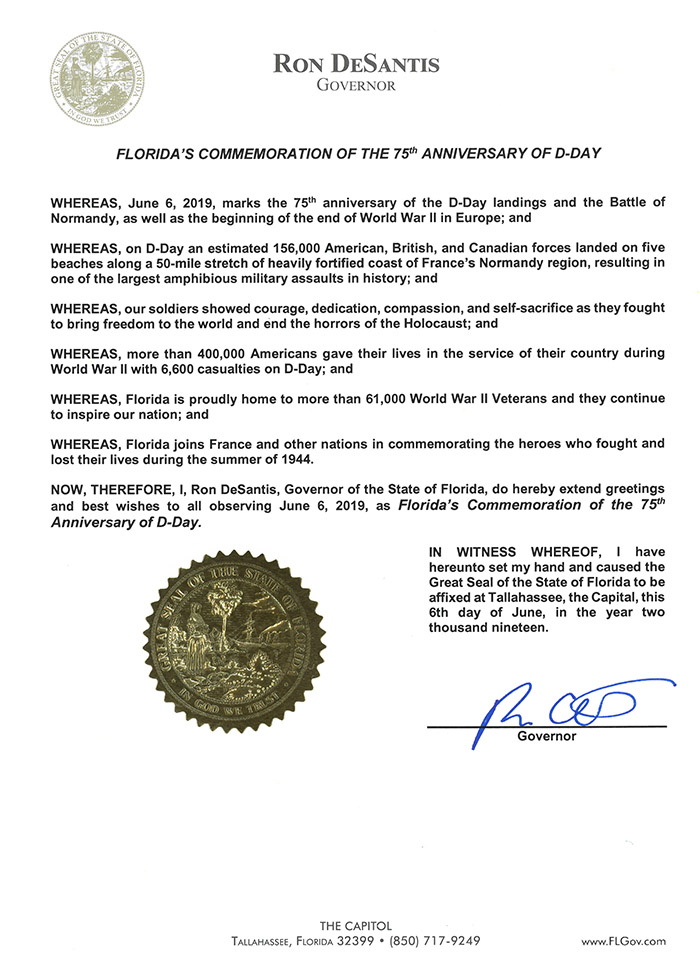 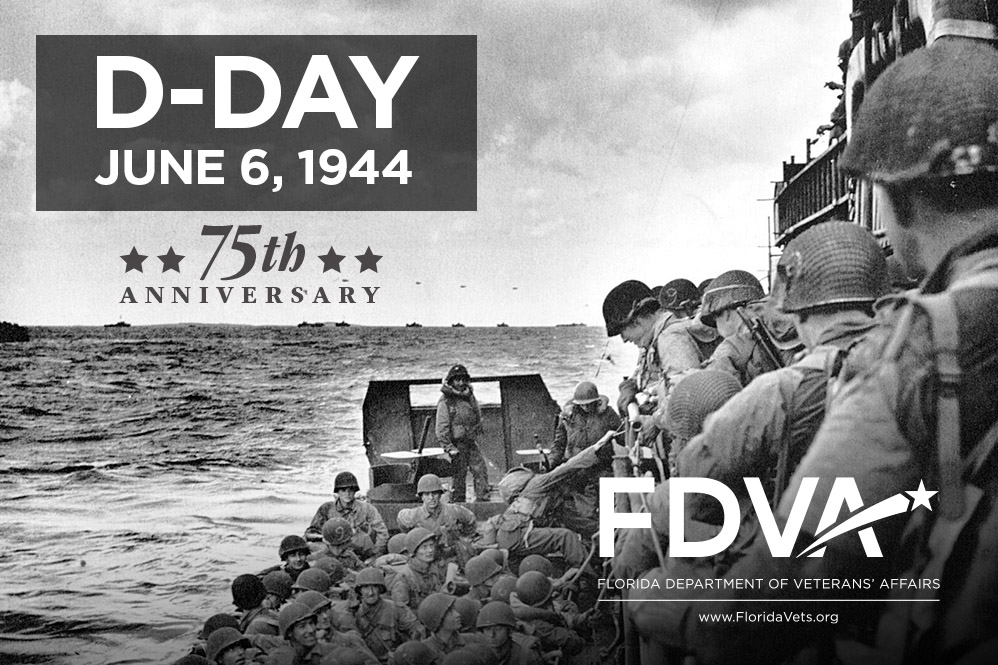