Sutphin was appointed executive director by Gov. Rick Scott and the Cabinet during the Aug. 2, 2016 Cabinet Meeting.  FDVA, on behalf of the Governor and three-member Cabinet, is the premier point of entry for Florida’s more than 1.5 million veterans to access earned services, benefits and support.

The agency operates a network of seven state veterans’ homes and provides statewide outreach to connect veterans with their earned services, benefits and support. 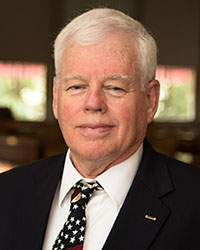