More than 294,000 Floridians wore the uniform of the Armed Forces of the United States during the three-year war. More than 34,000 Americans were killed in action during the war, with approximately 103,000 wounded and more than 7,800 missing. There are 157 Floridians still unaccounted for as a result of fighting on the Korean peninsula. More than 93,000 Korean War Veterans currently reside in Florida, including approximately 3,900 Women Veterans from the era. According to the U.S. Department of Veterans Affairs as of 2018, Florida leads the nation in the number of Korean War Veterans. 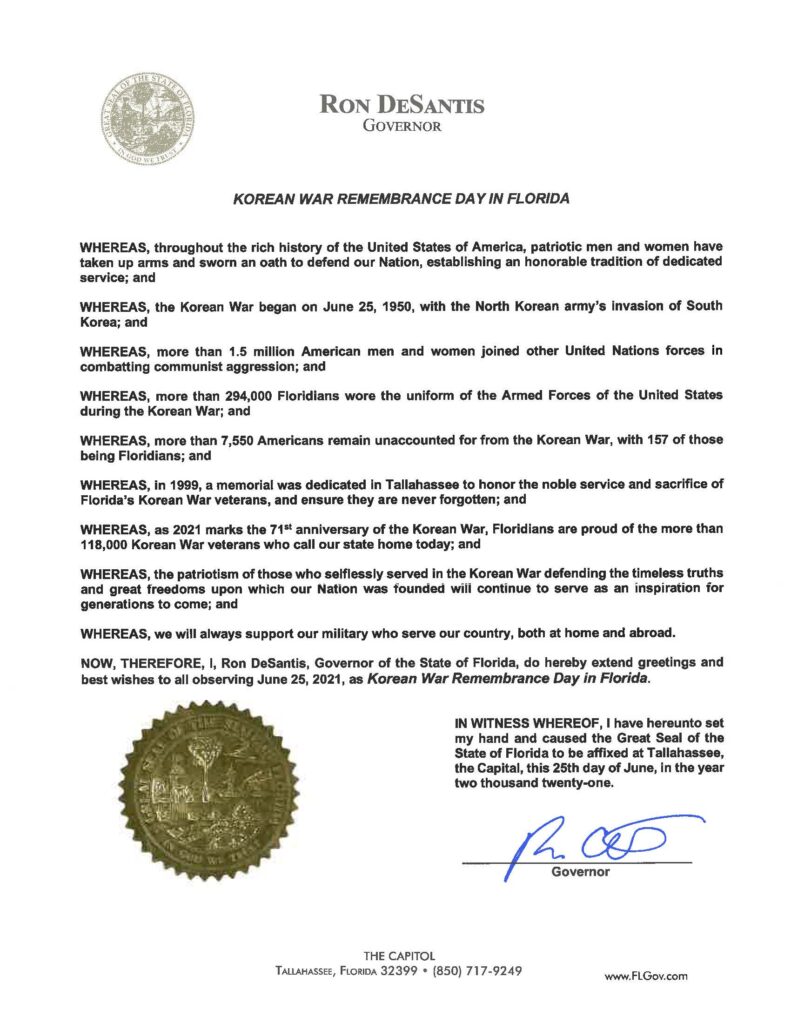